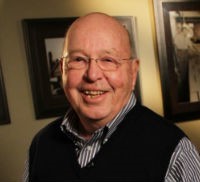 Fritz Leeman and his father, John, purchased Brewster Dairy in 1965 and produced a variety of cheeses for the dairy industry, some sold under their own label. Although the business flourished, the Leemans decided that concentrating solely on one product, Swiss cheese, would provide an opportunity for greater growth – and it certainly worked. Brewster Dairy is now the largest manufacturer of Swiss cheese in the United States.

As he continued his quest to improve the business and its processing techniques, Fritz Leeman was often among the first to implement new technologies and innovations that enhance products for customers. Under his leadership, for example, the company introduced a new, larger block of cheese that significantly reduced the amount of trim waste during packaging. Later, the addition of two cheese production facilities in Illinois and Idaho gave Brewster Dairy increased capacity for making the products customers wanted.

“For more than 50 years, Brewster Dairy has been a family business with a stellar reputation for quality cheeses and exceptional customer service, and, for most of his life, Fritz Leeman has been the primary inspiration for that success,” said Connie Tipton, IDFA president and CEO.